Taking the lead from this David Hepworth post, here’s my totally self-indulgent contribution to the 50 gigs meme.

[Following Jude Rogers’ lead….] OK, here are the rules. Test your memory and your love of live music by listing 50 artists or bands (or as many as you can remember) you’ve seen in concert. List the first 50 acts that come into your head. An act you saw at a festival and opening acts count, but only if you can’t think of 50 other artists. Oh, and list the first concert you ever saw (you can remember that, can’t you)? 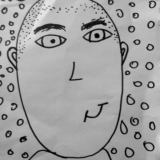