My true love re-planted the tree 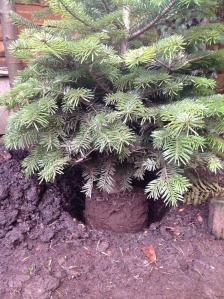 The Champions League has eclipsed what used to be the most important and exciting football tournament. It seems that no-one cares *that* much about it these days.

But there’s one thing that people still love about the world’s oldest football competition. And it’s this special quality that could bring it back to the fore. 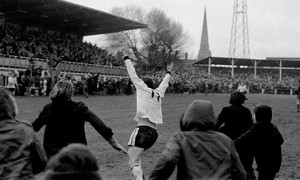 Everyone loves it when the proverbial minnows beat the big teams. But the random nature of the draw means that too few crazy gangs get the chance to take on the culture clubs.

There’s nothing more deflating that having a camera in the dressing room of a non-league team who’ve fought their way through countless preliminary rounds dreaming of an away trip to the upper echelons, only to find they’ve drawn Lincoln at home.

So let’s rig the draw. And ensure more David vs Goliath possibilities.

It’s not as wrong as it sounds. Indeed other sports routinely use this model – tennis is an good example. The reason why we get a few exciting upsets, yet invariably end up with a big final is due to this method. Yes – seeding.

Let’s seed the FA Cup. The third round would be more exciting than ever with the lowest ranked teams guaranteed a shot at the big boys. It’d mean far fewer mundane pairings and far more Ronnie Radford moments.

Seeding – putting drama back in the FA Cup.

I was just about too young to appreciate Tony Grieg. So even though the pieces on him portray him as a much-missed sporting hero, I don’t truly care enough to really read them.

It’s all too easy to see our time as the only time.