Apple maps may have their faults, especially with well out-of-date
points of interest.

But the in-built sat nav works great. Really clean and well thought
through. Better than TomTom or android in my view.

Found these in a drawer. The senior management at Guinness insisted we
made these for all kinds of occasions. Landlords loved them.

Just heard a spokesman from Newcastle FC explaining the decision to
give Pardew a long, eight year contract. Explaining that the aim was
stability, he said, “Ferguson has been at Man Utd for 25 years, Wenger
at Arsenal for 15 years and it’s no coincidence that they’ve had
success”.

Just watched the trailer for the forthcoming Jack Reacher movie. It may be an enjoyable film in itself, and Tom Cruise is a great action star, but Reacher is 6′ 5″ and his stature is (literally) a big part of his character in the books. Tom just can’t be Jack for me.

Oh, and Reacher’s not a car-chase kinda guy either. 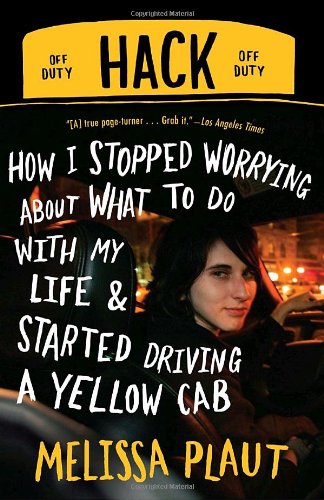 The author of this now works for the same company as me, and I picked up her book on a trip to our New York office. I met Melissa only briefly, and was hoping as I started to read the book that I'd like it, as otherwise it'd be a bit awkward.
Anyway, it's great. A really enjoyable memoir about her experiences as a New York cabbie ("hack"). 99% of drivers are male, with English as a second language so she definitely stood out. Melissa's purpose in trying out cabbing was to have an adventure, and there are vicarious thrills aplenty to be had for anyone wondering what to do next with their life.

Probably the worst of the 15 or so Jack Reacher books. I wonder whether Lee Child got distracted by all the Tom Cruise shenanigans, or whether he thought he had to change the formula a bit. Either way, this is just dreary. The one upside is that it helped me nod off on a transatlantic flight.

(With awesome new JamBox in background too!)

Just had my first delivery from http://www.beerbods.co.uk/ – an
interesting beer delivered every week.

Looking fwd to trying out that Milk Stout.

I started reading the second in this series of memoirs at a friend’s house. It was so effortlessly entertaining, I thought I ought to read the first one before going any further.

Such is/was our exposure to Clive James as a talking head on TV, it’s hard not to imagine him half squinting, half smiling, narrating as you read. The book covers his life until he reaches London and has too much childhood memories for me (kinda inevitable I suppose), but it has enough poignant insights and humour to make for an enjoyable diversion. I read most of it on a pair I long flights and that seemed quite appropriate.