Skip to the content
Haloumi, Hallo you
I am typing this on one of those new retsina screens ahead of donertime tonight when Greece will pitta their skills against Germany.??May the feta team win.
Six percent of Ouzoguffers have Greece going out at this stage, and 11% have the Germans coming down from Mount Olympus.?? 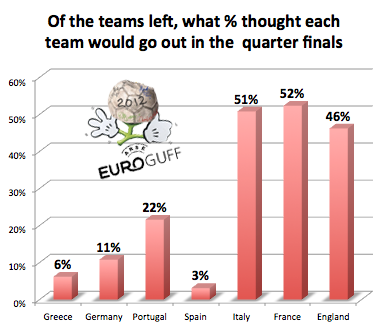 The Greek teamsheet
But for hamstring injuries, and certain fantastical beasts, the Greek XI could have been heroic:
Stand in the place where you were, now face north. Think about direction wonder why you haven't before
League table after last night's Ronaldo show. 48% of you correctly predicted a Czech exit at this stage.