Last night we had Euroguff Live as @subterranean_ Eddie Gufftweeted™ from a pub in Holland as the Edam fanciers tiptoed to the brink of exiting Euro 2012. No fewer than thirteen predictors have them as tournament winners.
OLD GIMMICK!
Who Should I Be Cheering For Today™?
Italy v Croatia, 5pm 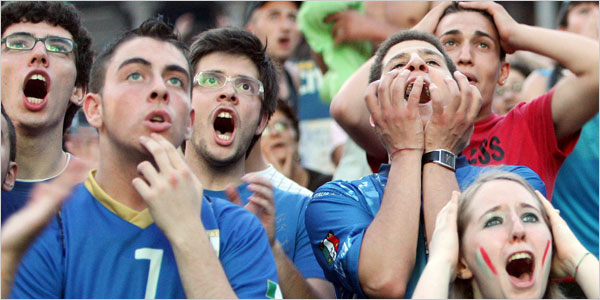 Most Euroguffers have this down as a win for Italy, but three Dalmatians have the Croats being victorious.
Spain v Ireland, 7.45pm
A fierce game for the Irish. No fewer that sixty-tree Euroguffers see this as an open goal for the, er, reigning world and European champions. Mr Awesome sticks his neck out for a draw but someone buy Claudio Inglesias Failte a pint of Guinness, a packet of Taito and a large Jameson chaser! Green-blooded Claud stands grand as the only player to have Ireland down to win this fecker. The same Claude recently got into trouble with his wife when he bet their house on Jedward for Eurovision. 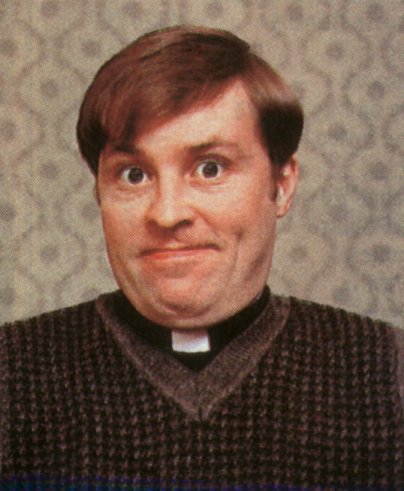 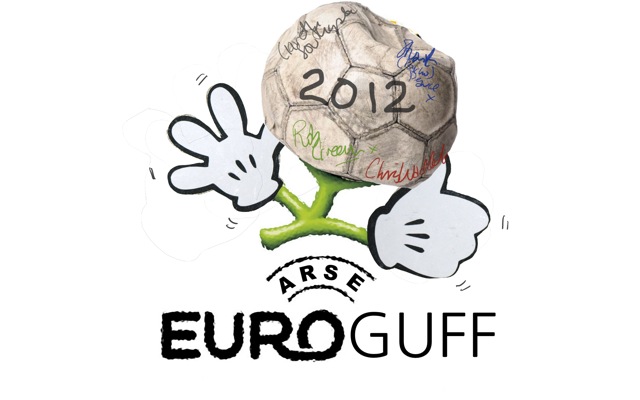 The Euroguff word and device are registered trademarks of Euroguff Industries – a wholly-owned subsidiary of Mr Byrite.